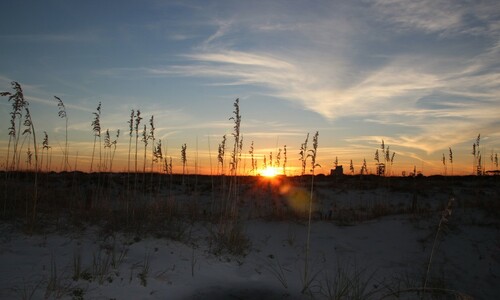 “The End of the Gas Range and Fireplace? Local Governments Ban Natural Gas,” was the title of Rachael Wolpert’s article in the recent “The Daily Signal.” Rachael is a research assistant at the Center for Energy, Climate, and Environment at the Heritage Foundation. Below is some info from her article.

California is phasing out natural gas hookups in all new residential and commercial buildings effective Jan. 1, 2023. On the East Coast, Maryland’s ambitious Climate Solutions Now Act included a provision that requires the development of all-electric building code recommendations in an effort to achieve the state’s lofty goal of net-zero carbon emissions by 2045.

In fact, there are 77 other municipalities across the country who have introduced or adopted some form of a ban on natural gas hookups under the banner of climate change. Some cities are even going so far as to require electrification retrofits in existing buildings and new remodels.

In the USA natural gas accounts for roughly 38% of electricity generation, and around 177 million Americans use natural gas to heat their homes and cook their meals. Natural gas is also an affordable source of energy. Residential natural gas is estimated to cost almost one-quarter the price of electricity, which, according to the American Gas Association, adds up to an average annual savings of over $1,000 in household utilities.

Natural gas is also a relatively clean source of energy. The U.S. Energy Information Administration notes that “burning natural gas for energy results in fewer emissions of nearly all types of air pollutants and carbon dioxide (CO2) than burning coal or petroleum products to produce an equal amount of energy.”

Phasing out natural gas will only add costs to businesses such as restaurants, causing rising prices, stifling any expansion, while causing more costs for patrons, and raising the prices of appliances for consumers. Forcing business owners to shift away from natural gas in favor of all electric appliances—especially in a city where electricity prices already surpass the national average—will only impact food and energy costs more. With prices rising at rates not seen in over 40 years, natural gas bans will only add fuel to the proverbial fire.

As I read this article, it was hard for me to believe that rational people can take these kinds of measures. The biblical God in His creation has provided us an energy resource that is clean, having fewer emissions of nearly all types of air pollutants and carbon dioxide, while being affordable and dependable.

The anti-fossil energy mantra, the Green New Deal, is an ideology. It doesn’t matter how the public will be affected financially, or the drastic effect on the economy. Their ideas are what all of us must accept. For the good of what? What they believe. Rather than dealing with reality and considering the well-being of people, the Green New Deal pushes onward.

May I ask, “Could there be a spiritual problem here, actually a spiritual blindness?” In fact, this whole climate change push is like a religion. Certainly, we need to take care of our environment, but our spiritual part is the most important part of our lives. When that is affected negatively, one doesn’t think rationally. One thinks selfishly, although one may think his ideas are unselfish. Regardless, it’s all about what one believes regardless of what reality is.

That’s why the religious leaders in Jesus’ day got Him crucified. He told them what they didn’t want to hear – they wouldn’t accept his words, for their religion, their ideology, wouldn’t accept what He told them. They knew better. Those who responded in faith to His words of forgiveness and grace had their lives changed spiritually, and they begin to think rationally with their purpose to serve mankind with love, care, acceptance, and grace to the glory of God. Yes, how about the biblical world view with the responsibility to care for planet earth, while developing affordable energy, with some green, with an economy that grows, giving individuals the freedom to choose? Just a thought.