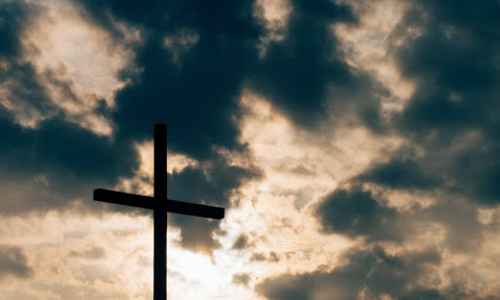 A good question to begin is simply: Is the Christian Church today impacting a society and world dominated by corrupt world leaders and radical politicians? It sounds negative but it is reality! The United States of America of my youth is totally different than what it taking place today with the riots and the far left with their political and anti-God, anti-biblical agenda and hatred for anyone that goes against them. They will sacrifice anything for their cause, and they do not care who gets hurt or ruined in the process. There is no sense of accountability to God. Instead, their messages are that of hatred and death for anyone who gets in the way.

In the America I grew up in biblical values were even practiced in the public schools. Once a week religious release time classes for one hour was the norm. Most of the students went to a church of their choice and were taught biblical standards of right and wrong and the need to follow the Lord. Pastors gave the invocation and benediction at high school graduation ceremonies. No one objected to the name of Jesus being mentioned. It was expected! Television programs were centered on these values. Manger scenes were in the public square. What was taught in the home was backed up in the school. Police and different types of authority were respected. Hunting rifles could be carried in back windows of trucks. Even political parties worked together and passed laws to enhance these standards. It did not make any difference whether they were republican or democrat. They were in majority agreement. .

Still, the church played an important role in impacting American society. Sunday morning church attendance was well attended in many rural areas because people believed it was the right thing to do. For many, it governed their personal lives and families. Even public schools were closed on Wednesday evenings because it was considered church night. But that has long been gone!

Conversely, this type of impact changed decades ago. What happened? One big reason was the push for churches to become “seeker sensitive.” It meant getting unregenerate people to come to church while softening the gospel. Instead of the biblical mandate of the church in reaching out in evangelism to the unsaved, the emphasis was getting them into church and church growth. What happened is that lot of unregenerate people joined churches without being “born again” (John 3:3, 7). No longer was the local church the rock for truth. Instead, the world began to get into the church and pattern the church according to its liking. And along with the health and wealth gospel, the church has lost its impact on society. Tragically, a surface Christianity has become the norm. Today, many people who attend church know little about biblical truth. Possibly, this is why thirty percent or more of so call evangelicals believe that Jesus was only a “good teacher” or other paths lead to God (John 14:6).

There are pastors and churches that are exceptions. But as long as the Lord tarries His coming, our prayer needs to be that they will increase in number to impact society! Jesus is coming back and pastors and true believers will give an account. It is called “the judgment seat of Christ” (2 Cor. 5:9-10). The thought of that is humbling!