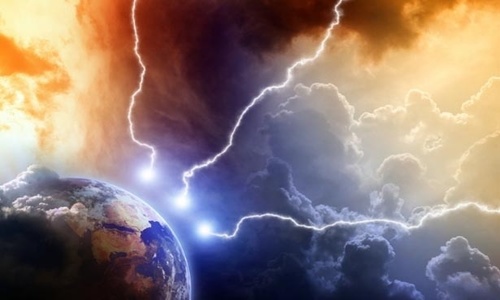 The Word of God warns that in the last days there will be a departure of long held biblical doctrines and people will turn away from God. The Bible says that people will be “lovers of themselves, lovers of money, boasters, proud, blasphemers, disobedient to parents, unthankful, unholy, unloving, unforgiving, slanders, without self-control, brutal, despisers of good, traitors, headstrong, haughty, lovers or pleasure rather than lovers of God” (2 Timothy 3:3-4).

We are seeing before our very eyes in newspaper accounts, TV news and other media the decline in the character of man. People are becoming more ungodly and unholy. Even in the political realm there is no sense of decency but lying and deceiving to promote a particular agenda. Lying is simply a normal thing to accomplish a purpose.

We have also read of clergy blessing abortion clinics and drag queens teaching children in public libraries. Students with conservative beliefs are assaulted on campus while other students and teachers passively stand around and observe without taking issue with the violence. Politicians slander to promote their party and Hollywood actors say degrading things with laughter. People swear and wear vulgar things and do it with a straight face with no sense of the future judgment of God. One of them dies and their cohorts want to put him or her in heaven forgetting that all unsaved will be “cast into the lake of fire” (Rev. 20:15). Unless one is born again (John 3:3), there is no heaven or eternal life for anyone. Jesus said it!

Nevertheless, the list does not seem to end as far as the ungodliness that is raising havoc with America. There is an alarming mocking of the Bible and many evangelical churches are caving in to the pressure instead of continuing to proclaim the truths of God Word that changes lives. Many professing believers are deceived by preachers who preach material prosperity and some type of New Age belief instead of dealing with sin and peoples’ depravity and their need for the saving grace of Jesus Christ. In fact, many denominations have thrown the Bible out the window by allowing evil practices to enter the church.

Jesus predicted that a time will come when the spread of evil will be worse than it has ever been. He said that “because lawlessness will abound, the love of many will grow cold” (Matthew 24:12). Therefore, we are living at a time when many are saying, “There is no God, no hell, no final judgment or accountability.” Consequently, the spread of wickedness is gaining momentum as never before. With the discussions for the killing of newborn babies, what is next? Unless peoples’ depraved hearts are changed by God’s salvation, there is no telling what debased human nature will come up with.

Yet, those of us who have experienced redemption in Christ, we know what the future holds. We are people with hope, sure hope! Jesus is coming as He promised (Luke 12:40). He will bring judgment. There will be accountability before Him. He “will judge the living and the dead at His appearing and His kingdom” (2 Timothy 4:1). Only by His grace He delays His coming giving people time to repent. But, it will end!