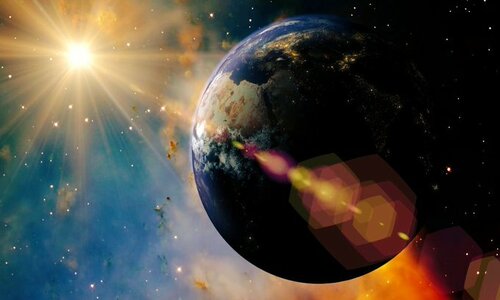 The U. S. Congress has passed the “Inflation Reduction Act.” The plan includes a record $369 billion in spending on climate and energy policies, projected to slash the country’s carbon emissions by roughly 40% by 2030.

Why is this climate money so important? Is it really necessary for our survival on planet earth? For the Green New Deal people, this is a must because our planet Is dying, and we must make drastic changes by 2029. But is doomsday coming for our planet?

You may remember that Al Gore predicted the North Pole would likely be ice free for at least part of the summer by 2013. That has yet to happen. In Great Britain, in 2000, climate scientist David Viner made the prediction that snow would become extinct in England. On February 27, 2018, London was hit by a wall of snow in a huge blizzard as the UK was rocked by bone-chilling temperatures, ice and wintry weather. Since, then, the U.K. has faced plenty of snow over the years. More false claims could be given. But is our planet on a collision course of no return?

Steven E. Koonin in his book, “Unsettled? What Climate Science Tells Us, What It Doesn’t, And Why It Matters,” deals in length with the climate change issue. Dr. Koonin is the former Undersecretary for Science, U.S. Department of Energy under the Obama Administration.

In his book, from his knowledge and experience, he deals in depth with climate change. Here are several statements that he makes. (1) Humans have had no detectable impact on hurricanes over the past century. (2) Greenland’s ice isn’t shrinking any more rapidly today than it was 80 years ago. (3) The net economic impact of human induced climate change will be minimal through at least the end of the century.

Dr. Koonin penned that we don’t hear this through the media nor from the government, as these people are not scientists and the information is filtered. His book provides scientific data and suggestions as to how this whole matter of climate change should be approached and dealt with. The conclusion from his book is that doomsday is not coming to our planet through climate change. In fact, on December 30, 2021, James Pethokoukis, Senior Fellow, AEldeas Blog, and DeWitt Wallace Chair interviewed Dr. Koonin, who stated that there is no climate crisis. But is the world going to end in 10 years or 20 years? Absolutely not. Come on.

Of course, the Bible is very clear that “While the earth remains, seedtime and harvest, cold and heat, summer and winter, day and night, shall not cease” (Genesis 8:22). So, the drum beat of the Green New Deal activists is a false narrative with the government trying to bring a quick fix to the climate without taking the time to evaluate its policies scientifically, while billions of dollars will bring the “change” they think is needed.

Regardless of what man tries to do to the climate, while spending scads of money, the biblical God is in control. In His time, He will break into time when His Son, the Lord Jesus Christ, returns to earth, defeats all rebellion and evil, and establishes His 1000 year kingdom of peace and prosperity on earth. Those who have responded to Christ in faith will reign with Him during that time and the climate will be right for everyone. Eventually, the old earth will be destroyed, and He will create a new heaven and earth, in which all believers from all time will live forever with their Lord and with one another (Revelation 20-21; II Peter 3:10-14).

Man will not end life on this planet. Only the living Christ, in His time, will bring an end to this planet as we know it, and eventually establish His eternal perfect environment for all believers in Him. Will you be among that number? Check out John 3:16 in the Bible.