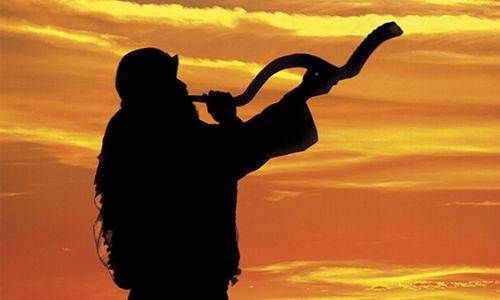 There are many comments being made today regarding last days’ events. For instance, “Many things are lining up. They are falling into place.”

So much is happening in the world at this present time that particular statements about the last days seem to be the logical conclusion. Whether it is with the corona-virus (previous article), godlessness growing, nations in turmoil with each other, the rise of apostasy in the church, political anger, and many other events seem to lean to the last days’ outlook. In fact, the Rapture of true believers and then the revealing of the Antichrist may very well be near. Only the Lord knows!

Therefore, true believers need to be “watchmen.” In Ezekiel 33:6 God gives a warning: “But if the watchman sees the sword coming and does not blow the trumpet, and the people are not warned, and the sword comes and takes any person from among them, he is taken away in his iniquity; but his blood I will require at the watchman’s hand.”

Jews that had lived in a walled city knew exactly what Ezekiel was talking about as he refers to “the watchman.” Watchmen on the wall were important to a city’s defense. They were to keep themselves focused on the horizon and give the warning when they saw the approaching enemy. If they were faithful and kept alert and the people were obedient, lives would be saved. On the other hand, if the watchmen did not keep alert and became careless and the people were unconcerned, the city could be easily captured and many people would die. The unfaithful watchmen, because they did not warn, would have their hands stained with the blood of their victims.

Ezekiel was called by God to be His watchman (Ezekiel 3:19-21). His duty was to hear God’s word of warning and then declare it to the people. He was a faithful watchman. He delivered his message to the Jews in Babylon but also to those in Judah. His message was to “”Turn, turn from your evil ways” (v. 11)! The word “turn” requires repentance. It involves not only a change of mind but a change of life.

This is the same task that the Lord Jesus calls each one of His redeemed people. We are to be “watchmen” in the evil days in which we are living. And we need to do this if we believe, too, that we are living in the last days. It is very easy to remain silent and not speak out in a dark world where many people are lost and will spend an eternity in hell forever and ever. Can you imagine an eternity of torment forever because there is no ending? .But we are still living in the age of grace and people can find salvation in Jesus and Him alone (John 14:6; Acts 4:12). Otherwise, death ends that hope for them!

Most likely things are lining up and falling into place. The stage may be getting set! The world will bow to Jesus (Phil. 2:9-11). In the end, He wins and His redeemed, too!