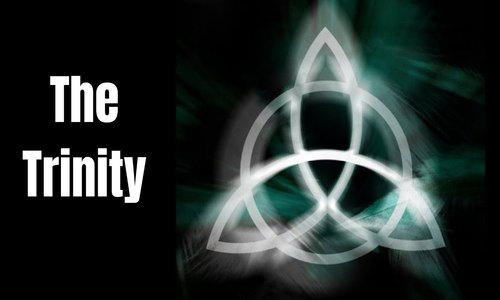 There is a questioning of the Trinity that is taking place at the present time and is under attack. Because the term is not mentioned in the Bible, its truthfulness is coming under scrutiny which is easily understandable.

Yet, as we observe the signs that are taking place today pointing to the return of Christ, it is very comprehensible to think that this scrutiny is merely Satan’s attack upon the biblical truth of the person of the Lord Jesus Christ.

Nevertheless, even though the term “Trinity” is not mentioned in the Bible, does this negate the truthfulness of this doctrine that has been held by many believers throughout the centuries? To answer this question, one must look at the Word of God, beginning in the Old Testament, to see whether it is specifically taught or if it is merely a human concoction?

For instance, “Hear, O Israel: The LORD our God, the LORD is one!” This is from Deuteronomy 6:4. The key word is “one.” In the Hebrew language there are two terms translated into English as the word “one.” The first is “Yachid.” This denotes an exclusive singularity. The other is “Echad” which is a “plural unity” and is the word used in Deuteronomy 6:4. Therefore, if we translate into English with more clarity, it reads “The LORD our God, the LORD is a plurality within an indivisible unity.”

This is why Jesus’ declarations to the monotheistic Jewish people were self-evident in that society that they “sought all the more to kill Him” for “making Himself equal with God” (John 5:18). “The Jews answered Him, saying, ‘For a good work we do not stone You, but for blasphemy, and because You, being a Man, make Yourself God’” (10:33). Jesus said, “I and My Father are one” (10:30). “The the Jews took up stones again to stone Him” (v. 31). “One” means “oneness of divine essence.” Therefore, it truly is no wonder that these monotheistic Jewish people became overwhelmed with contempt for Him by His self-evident statements.

The JW’s do not believe in the Trinity. Therefore, they say in John 1:1 it says “God” in the end of the verse but it does not have an article and thus is be rendered “a god.” But, one thing to point out is that in the immediate context, the word “God” appears four times without the definite article in Greek and is translated “God” (vv. 6, 12, 13, 18 even in their “New World Translation” but also 3:2, 21; 9:16), and refutes their false teaching.