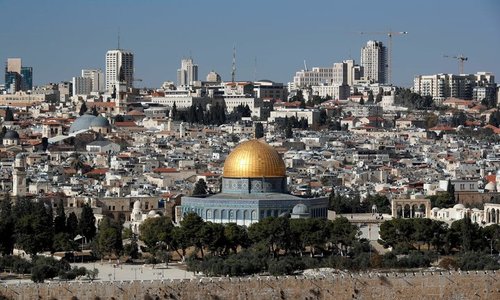 The Pre-Tribulation Rapture has been argued by many that it is not a biblical doctrine. This has caused a number of seminary professors, pastors, and others, over the decades to sneer at anyone who believes in it. On the other hand, there are also a great number in the same group who believe strongly about it as a Biblical truth.

Therefore, the question can be asked: Does Scripture teach a Pre-Tribulation Rapture? The answer can be an empathically “Yes!” Whether people want to believe in it or not, it is still a basic truth of the Word of God.

The Bible says that “the Lord Himself will descend from heaven…and the dead in Christ will rise first. Then we [born again people] who are alive and remain shall be caught up together with them in the clouds to meet the Lord in the air…” (1 Thess. 4:16-17).

The truth of the Rapture is found in the words “caught up” (v. 17). It comes from the Greek word “Harpazo” that speaks of a strong, irresistible act, even a violent one. There are Biblical examples: It is that of a wolf snatching sheep (John 10:12). Jesus spoke of the impossibility of anyone snatching believers out of His hand or that of “My Father’s hand” (John 10:28-29). After Philip led the Ethiopian eunuch to saving faith in Christ, the Bible says that “the Spirit of the Lord caught Philip away” (Acts 8:39). Another example is that Paul “was caught up to the third heaven” (2 Cor. 12:2).

Therefore, the Bible says that someday believers who are alive and remain on this earth when Jesus comes are going to “be caught up together…in the clouds to meet the Lord in the air.” It is going to be so sudden that God’s Word describes it as “in a moment, in the twinkling of an eye…and the dead will be raised incorruptible, and we shall be changed” (1 Cor. 15:52). It is the “blessed hope” for those in Christ (Titus 2:13).

Critics of the Pre-Tribulation Rapture argue that it started with John Darby (1800-1882) after he received the idea from a 15 year old girl named Margaret MacDonald. However, that is absolutely not true. The truth is that the infant church believed in the imminent return of Christ such as those at Thessalonica. Others after: Justin Martyr (110-195), Irenaeus (120-202), Tertullian (145-220) and even more could be named.

For all who live daily by this “blessed hope,” how should we live? The Bible says that “everyone who has this hope in him, purifies himself, just as He is pure” (1 John 3:3).
As a believer yields to Scripture, the sanctifying work of God’s Spirit takes place.