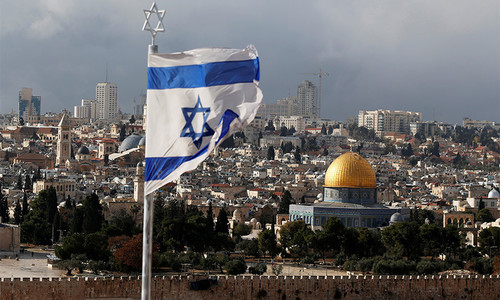 After President Trump declared Jerusalem as Israel’s capital (article Dec. 6, 2017), the outcry of the United Nations was expected. It was not a surprise to people who support Israel because of God’s promises to her in Scripture.

Nevertheless, the present opposition against Israel is not anything new. It has been going on for centuries. The Old Testament gives a vivid picture of Israel’s struggles with the nations who fought against her, or conquered her, and sought to destroy her.

Even other historical accounts give validity to the truth of Israel’s struggles. For instance, a Syrian by the name of Antiochus Epiphanes IV (175-164 B.C.) was one of the cruelest rulers of all time. The Jews called him “Epimanes” (madman) because he had a tendency to cruelty that bordered on madness. In his attempt to Hellenize the Jews, he had a pig sacrificed on the altar in Jerusalem. Therefore, he sought to make the temple a place of pagan worship. In doing so, he also forbade circumcision and honoring the Sabbath. A further devious endeavor of his was to destroy all the Old Testament books he could find. He even forced Jews to participate in heathen festivities; and if any were found with the Book of the Law, they were put to death.

Nevertheless, Antiochus would meet defeat under the Maccabean revolt led by the pious priest Mattathias and his sons. The revolt caused the Jews to become united in overthrowing and cleansing the evil from their land. The temple was cleansed on 25th Chislev, 165 B.C. This is now observed each year by the Jews as the Feast of Lights (Hanukkah), around December 25.

The amazing thing about Antiochus is that he is described in the Book of Daniel which was written centuries before. This speaks to the truth of prophetic Scripture.

There are many others in history whose motives were to destroy the Jews. For example, the Roman Emperor Hadrian wanted to rewrite Jewish history. He removed every ounce of Jewish identification from Jerusalem. He also defeated a massive Jewish uprising led by Simon Bar Kokhba who sought to liberate Jerusalem.

What is the real cause behind the contention of Jerusalem in the past and in the present? It is Satan and his battle against God. How foreign this is to the United Nations and even many American politicians who are against the President making Jerusalem the capital of Israel. In fact, it has been Israel’s capital in God’s eyes for over 3,000 years since the reign of King David (1 Chron. 11:5-9). Jerusalem is often referred to in Scripture as the “City of David.” During his reign, Jerusalem was firmly established and instituted religiously and politically as the capital of the Israelite nation.

Even so, why is Satan in such an uproar over Jerusalem? The reason is that he knows the Lord Jesus Christ will rule from Jerusalem in His Millennial reign (Zech. 14:16-21). Yet, he may actually believe he can disrupt God’s plan to bring peace on earth (Is. 9:6). However, it will never happen! What God has said will be. We can count on it!