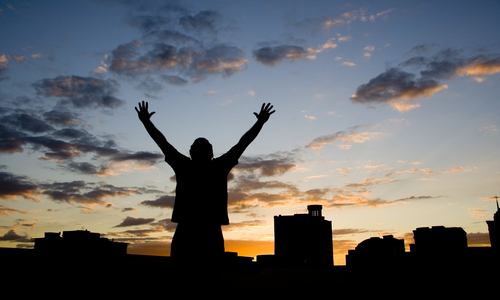 Even though in the providence of God, Satan, along with his fallen angels, has exerted great power and influence in the world, his ultimate defeat is sure. His affliction of Christians over the ages and his networking of evil upon this earth will end.

Biblically, his eternal defeat occurred at Calvary. Yet, the ultimate ending of his earthly influence will begin at the Second Coming of Jesus Christ when judgment is inflicted, not only on the evil rulers of this world, but upon Satan and his fallen angels (demons).

This truth is disclosed in a graphic vision given to the apostle John where Satan is bound and cast into the bottomless pit [abyss] for one thousand years (Revelation 20:1-3). The angel whom John saw “coming down from heaven” to seize Satan, is not revealed. Nevertheless, whoever this holy angel is, he possesses great power in his God given agenda. He will bind Satan, cast him into the abyss and seal it.

The “key” given to him signifies his delegated authority by God (v. 1). Therefore, he has the power to open the bottomless pit and shut it after casting Satan inside. While Scripture does not say anything about the fallen angels at this particular point; it may be assumed that they, too, are confined with their evil master. One reason for this is that the Bible does not record any demonic activity in any passage during the thousand years. It does not happen until the end of the Millennium when Satan is loosed for a short time, “for a little while” (Revelation 20:3).

After his release, a huge number of people will join him in his final act of rebellion (vv. 7-9). God’s Word refers to them “whose number is as the sand of the sea” (v. 8), a figure of speech in Scripture describing a vast, uncountable multitude (Genesis 22:17).

This brings up the question that many ask: “If there is no demonic activity during the Millennium, how come an enormous number of people, born during the thousand years, join Satan?” The answer is that because of the sinful nature of unregenerate people, they do not need demonic influence to commit evil! The sway of the sinful nature is always against God (Romans 3:9-19; Galatians 5:19-21). Therefore, this gigantic amount of people is not too hard to fathom.

However, their time is short lived for the Bible specifically says, “And fire came down from God out of heaven and devoured them” (Revelation 20:9). Immediately, thereafter, “…the devil, who deceived them, was cast into the lake of fire and brimstone where the beast [the Antichrist] and the false prophet are. And they will be tormented day and night forever and ever” (v.10). This is, therefore, the final doom for Satan. It is, also, the eternal destiny for all unregenerate, unsaved people since the beginning of time on this earth (Revelation 20:11-15).

But praise God, we who have been truly born again (John 3:3) can rejoice that “in Him [the Lord Jesus Christ] we have redemption through His blood, the forgiveness of sins, according to the riches of His grace” (Ephesians 1:7).