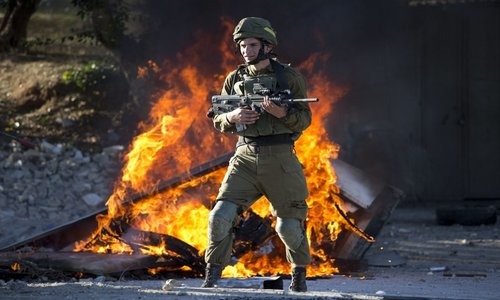 The Bible says “that in the last days perilous times will come” (2 Timothy 3:1). “Perilous” means hard to bear, violent, vicious, and savage. The word’s only other use is in Matthew 8:28 as Matthew describes two demon possessed men who are “exceedingly fierce.” They are “violent.”

Therefore, in 2 Timothy 3:2-4 are listed 19 particular actions or expressions of sin, even by those in the church who are unregenerate. They describe together what we would call “a moral sewer.” Even though these vices have been around for centuries, they will increase in scope and intensity as the final days draw near (Romans 1:29-31).

This includes false teachers who are spiritual predators (2 Timothy 3:6). They hope to also enrich themselves by their false teaching (vv. 6-9). False preachers, also, never call people to repentance and to saving faith in Christ. Many people in churches today have never heard the gospel of Christ. They are eternally lost and going to hell because of Satan’s ministers who occupy the pulpits (2 Cor. 11:13-15). These spiritual leaders appear deceptively as “ministers of righteousness” (v. 15). But, they are fakes who are void of spiritual power (2 Timothy 3:5). Their religious systems are phonies. What do we do with them? We turn away from them and avoid them (v. 5).

However, in Romans 1:24-32 describes God’s condemnation on rebellious humanity that has suppressed His truth, ignored His revelation, and perverted His glory (vv. 18-23). Much as we see happening today. As a result, God gives them up to their own lusts (v. 24). They reject God ordained sexual union between a husband and wife and engage in live-in lovers, wife swapping, sex parties, etc. Thus, God gives them over to “vile passions” “passions of disgrace” (26-27) that even leads to engaging in homosexual relationships. The result is God’s judgment of abandonment to “a debased mind” (v. 28) to do those things “which are not fitting” “ought not to be done.”

A “debased” or “depraved mind” is a mind that cannot form right judgments. Therefore, people subject themselves to sin. In verses 29-31 Paul names 23 or 24 sins, all of which are with us at the present time. But, the worst defiance of God is for people who approve and applaud others when they do them (v. 32), even being guilty themselves.

Looking at some of these sins: “sexual immorality” (fornication, adultery, and other forms of illicit sex); “wickedness” (active evil); “covetousness” (greed, the incessant desire for more); “maliciousness” (the desire for harm on others; venomous hatred); “murder” (premeditated and unlawful killing of another); “haters of God” (many do); “violent” (despiteful; insulting); the list goes on and even in other books of the Bible.

Think of the murder and violence in the world today, even America. People kill innocent people. Students and others hate opposing views and will riot and destroy property.

People need Jesus and their hearts changed by Him. Without that, things will get worse. Still, we who know the Lord live with His assurance of His return for us.