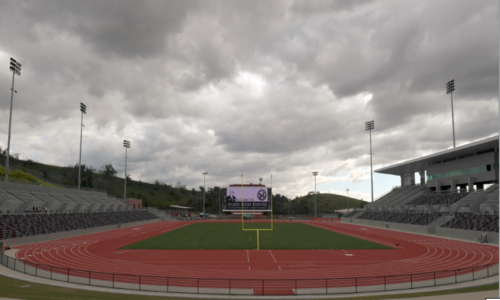 (INDY STAR) The United States first held a national track and field championship in 1876, near the end of Reconstruction. There was a nationals during two World Wars. There was one in 1980, even though that meet selected a team that never went to the Moscow Olympics.

But after 144 years without interruption, a pandemic might mean no national track and field meet in 2020.

What to do next is an opportunity to “see what track and field could look like,” said Jeff Porter, chair of the athletes’ advisory committee for USA Track & Field. “That’s what excites me.”

USATF, whose headquarters is in Indianapolis, recently announced all USATF championships and USATF-sanctioned events are suspended indefinitely. That doesn’t mean a national championship is canceled. Yet.

The Olympic Trials were already postponed to June 2021 as selection meet for the Tokyo Olympics.

Sources were split on whether there will be a track nationals, although one told IndyStar that USATF is trying to organize a late-September meet at Mt. San Antonio College in Walnut, Calif. Indianapolis was considered and then rejected as a site, the source said.

Porter said he favored IUPUI because of the central location and Indy’s experience with major competitions. He said a decision would almost certainly have to be made by mid-June. READ MORE