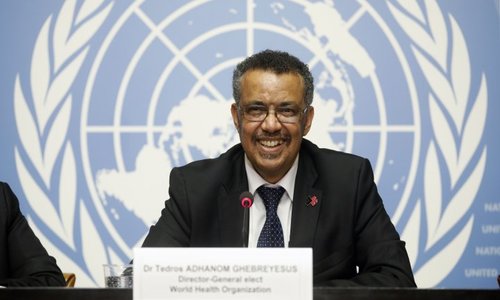 (DAILY CALLER) World Health Organization (WHO) Director-General Tedros Adhanom Ghebreyesus won his post after China backed him in the May 2017 election.

Now, Tedros is leading the WHO, an arm of the United Nations, in providing cover for China’s oppressive regime as it attempts to shirk responsibility for the global coronavirus pandemic.

Despite all evidence to the contrary, Chinese authorities are weaving a false counternarrative in which China was actually the victim of a foreign virus that it quickly moved to contain. And the WHO is helping them do it.

Tedros has praised China’s “transparency” and held up the country as a model response — even though the communist regime covered and then concealed the severity of the outbreak.

Chinese authorities forced scientists who discovered the virus in December to destroy proof of the virus, U.K. newspaper The Sunday Times reported. The Chinese regime also punished doctors who tried to warn the public in the outbreak’s early stages and suppressed information about the virus online. A Chinese real estate mogul who criticized his government’s response has since gone missing. READ MORE