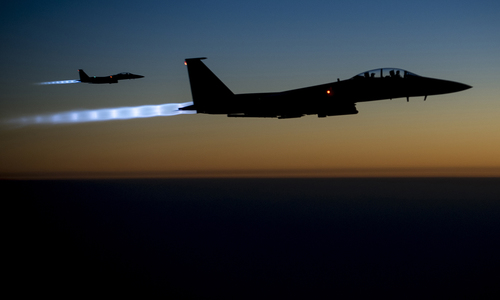 (NY POST) The US military launched retaliatory airstrikes targeting an Iranian-backed militia in Iraq on Thursday.

Airstrikes were launched against several targets belonging to the militia believed to be responsible for killing two Americans and one British soldier a day earlier.

The Kata’eb Hezbollah weapons facilities were struck, an official, speaking on the condition of anonymity, told The Associated Press.

Defense Secretary Mark Esper on Thursday also made clear the US knew who was behind Wednesday’s attack. READ MORE