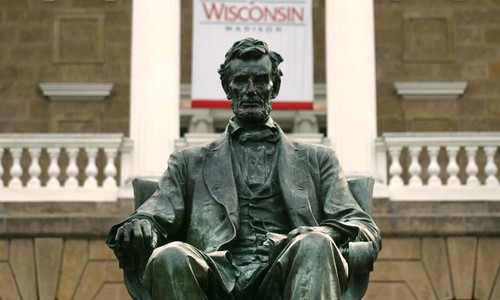 After protesters tore down two statues at the state capitol, attention is now turning to the statue of President Abraham Lincoln at the University of Wisconsin-Madison.

The statue has overlooked Bascom Hill for more than a hundred years and is a staple of graduate photos, but what he symbolizes for marginalized students isn’t land-grant universities or even emancipating slaves.

“He was also very publicly anti-Black,” said Nalah McWhorter, the president of the Wisconsin Black Student Union. “Just because he was anti-slavery doesn’t mean he was pro-Black. He said a lot in his presidential campaigns. His fourth presidential campaign speech, he said that he believes there should be an inferior and superior, and he believes white people should be the superior race.”

It’s a not-often-taught fact about Lincoln, but it’s true. It is part of why she and the rest of her organization are pushing to get him removed, and Lincoln isn’t the only one. CHANNEL 3000