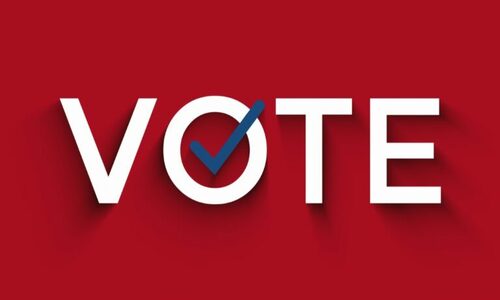 This is the word on the street in the U.S. as the mid-term date for in person voting will be here on Tuesday, November 8.

The importance of this November election can’t be over emphasized. Whoever is elected to the U.S. Congress and in various state and local elections will affect the direction of the country. That’s why some $9.3 billion is projected to be spent on TV, radio, and digital ads for U.S. House, Senate, gubernatorial, and local races.

Since it’s such an important election, it behooves the citizens of the U.S. to know who they are voting for and why. It’s easy to vote because of belonging to a certain party without thinking through the important issues at hand as to how one’s vote will affect one’s personal life, one’s family, one’s retirement, and one’s future, in addition to the future of the U.S. and the world.

So, one’s vote, as I see it, is not about the party a person identifies with, but what the issues are, and how they affect me and each person voting as well as our nation. That’s why each of us needs to be aware of where a candidate stands on the various issues being considered.

I like, then, to know that the person I vote for is a person who wants to protect me and the individual freedoms that I have under the US constitution. Furthermore, that person must understand that the laws of the land are to be upheld, and those who break those laws must be dealt with accordingly, while seeking to protect our borders.

The person running for office should have a good understanding of economics, and that the private sector creates jobs not the government, which also means that the person understands that you can’t spend more than you take in. The one elected should work for a balanced budget. At the same time, there must be a safety net for those less fortunate with different needs.

The individual running for office should believe that equality of persons is essential, and that government has to have some regulations but not controlling people’s personal lives and over regulating the growth of the economy. This means, while protecting its people, those elected to office will see that the government provides the environment for everyone to enjoy, life, liberty, and the pursuit of happiness.

Finally, and most importantly, those wanting to be elected to government positions in November should have a moral compass. Without a moral compass our country will eventually implode. That means we don’t give value to life, but the Creator God does. He created male and female and gives His sanctity to life from conception until the end of life on planet earth.

Each citizen of the United States has one of the most unique privileges on November 8 – to exercise his or her citizenship by casting one’s vote for the individual one thinks will lead the nation, state, and community in the way that will be for the good of all. One may think that his or her vote doesn’t matter, but that isn’t true. Every vote counts!

I encourage you, if you don’t know, to find out where to vote in person on Election Day or earlier, and what form of ID to bring. Learn how to vote by mail-in absentee ballot if you can’t vote in person.

Above all, we need to pray for the upcoming election. “Righteousness exalts a nation,” reads the Good Book, “but sin is a disgrace to any people” (Proverbs 14:34). As a believer in Jesus Christ, pray that God’s righteousness and truth will prevail in the November election. And then VOTE!!