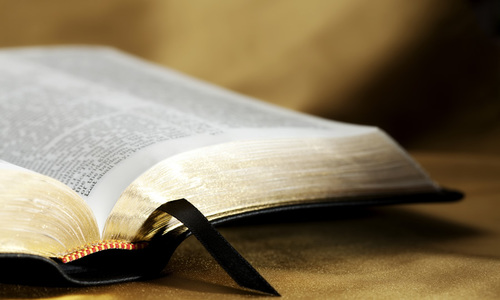 Has God said?
Famous words that have been around a long time. More like infamous words, for they tell us that there is another who thinks that he is the last word. Who is that? It’s the old deceiver who caused Adam and Eve to think that they were the last word in life.

Such thinking has affected man’s actions down through history and is alive and well on planet earth today.

Take for example Elizabeth Bartholet, the Morris Wasserstein Public Interest Professor of Law at Harvard Law School and Faculty Director of Harvard Law School’s Child Advocacy Program, who thinks that parents should not homeschool their children. It seems from her vantage point that it’s dangerous to have “authoritarian control” over one’s children from ages zero to 18. Her idea is that the state knows more than the parents on how to educate their children, and homeschooling threatens the American experiment in democracy.

It’s not my intention to discuss the pros and cons of homeschooling here. However, statistics tell us that the home-educated typically score 15 to 30 percentile points above public-school students on standardized academic achievement tests. If parents don’t have the God-given right to raise their children as they see fit, then what are parents for? Does the state have more authority than the parents? Does the state have the last word?

Another example is marriage. Breakpoint reported that the National Center for Health Statistics tells us that there are only 6.5 weddings for every 1000 people in the United States, the lowest rate since records were kept just after the Civil War. These numbers are pre-COVID-19. What has happened is that co-habitation has increased numerically and in acceptability. According to Pew Reports, a quarter of unmarried young adults are living with a partner, the highest in percentage since keeping records.

In addition, today a couple or person can pay a woman to have a baby for them, and those engaged in a homosexual union can pay a woman to have a child for them. There is no relationship with the baby’s mother whatsoever. Now two men can be called “father” without any genetic contribution. And then there is open marriage. So, who has the last word in regard to what marriage is?

It appears that man has the last word, but does he? He may try to exercise his authority through the state or define marriage as he likes to fit his lifestyle. But, in so doing, his authority is only here today and gone tomorrow, for he himself is limited – he is like a vapor – he is only human.

Which brings up the need for someone who can be the final authority, while providing the directions for us to live a life that is fulfilled with eternal meaning and hope. We need an eternal Creator! And would you believe there is One – the biblical God – who created marriage between one man and one woman, the family as the basis for society (Genesis 2:21-25; Matthew 19:4-6), and the state for the purpose to protect its citizens and families, while not taking away their God-given rights (Romans 13:1-7).

I know these truths aren’t popular in the public arena today, for these biblical realities are denied, ignored, and twisted because we live in a fallen world which is plagued by man’s sin and rebellion. The only solution is the redemption provided through Christ’s death, burial, and bodily resurrection for each of us who will place one’s faith in Him for forgiveness and eternal life. Knowing Christ through faith, the believer can experience eternal fulfillment in life by following His word here, with the hope of being with Christ after this life. The believer is grateful to the Lord that He has the last word. He doesn’t doubt God’s word, but takes Him at His word and acts upon it. How about you?