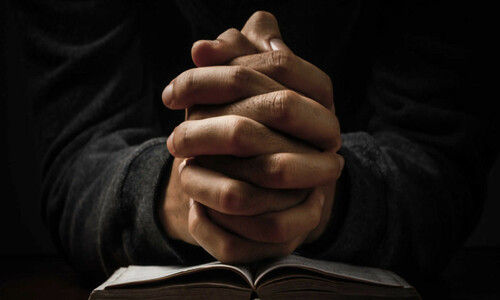 This self-gratification is seen in many areas of our nation. Marriage alone is revealing a bleak picture. It has gone from a God ordained marriage, between one man and one woman (Gen. 2:24; Matt. 19:4-6), to same sex marriage, who identify as husband and wife even though of the same gender. But the self-gratification has entered into biblical marriage where the divorce rate is increasing. No longer is a commitment made until “death due us part.” Now the commitment is for one’s gratification; and when marriage no longer meets that standard, divorce occurs! On the other side is that a man and woman meet, like each other, and decide to move in together. There is no sense of decency before a holy God, whom they will one day give an account (Rev. 20:11-15).

This self-gratification has led, also, to American society becoming more and more violent. One can hardly turn on the news or read a newspaper without being confronted by violence. There are people who hate other people and think nothing of committing this hatred in evil actions. We know that the only way people will enter heaven is by being spiritually “born again” (John 3:3, 7). And yet, the Bible warns that those who will not enter are the “unbelieving, abominable, murderers, sexually immoral, sorcerers, idolaters, and all lairs shall have part in the lake which burns with fire and brimstone, which is the second death” (Rev. 21:8).

Another self-gratification manifested is the execution of the unborn and even thoughts of doing the same a few days after their birth. This wicked destruction is now further demonstrated with people harassing the members of the Supreme Court against the possibility of overturning the abortion agenda. It is hard to imagine people protesting to keep this holocaust in force. Unfortunately, they do not recognize the value of children in and outside the womb. Ancient Israel was surrounded by pagan nations who sacrificed children to the false god Molech in horrifying deaths. Tragically, some of the Jews offered their children also to Molech (Jer. 32:35). Therefore, America is becoming no different than the pagan nations that did this evil, literally burn and execute babies!

Jesus loved children (Mark 10:13-16). They were not afraid of Him. He picked them up in His arms and blessed them. When the disciples tried to rebuke the parents who brought them, Jesus said, “Let the little children come to Me, and do not forbid them; for of such is the kingdom of God” (v. 14). Therefore, to harm them is to be against Him!

But for us who know the Lord, we must stand firm for Him and what is right and live for Him. As society deteriorates even more, it is crucial for us to stay the course!