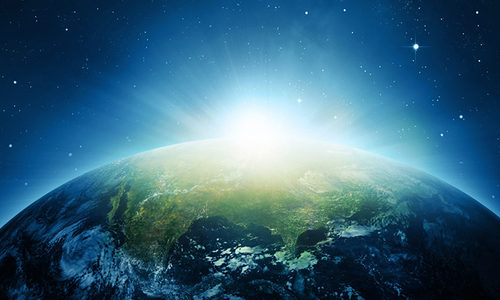 If you read certain articles on Christian websites and other resources, or those by George Barna, who is the senior research fellow for the Family Research Council, you will learn of a worldview crisis in America. For instance, only 22 % of Americans can retell the Biblical account of the birth of Christ. Tragically, only 21 percent of those attending evangelical churches have a Biblical worldview. Barna holds the pastors accountable for not teaching the Bible as they should be doing. However, it is said that 51 percent of American adults feel they hold a Biblical view but George Barna also indicates that they are deceived because only 6 percent really do.

Yet, if one does a serious study on the founding of America, a Biblical view was stressed. Many of the leaders at the time of the Revolutionary War that made America an independent nation saw it as an opportunity to set up a better country. This would be based on Biblical values. It is an interesting study!

Therefore, for many of us growing up in the 40’s, 50’s, and 60’s, a Biblical view was present. Sundays were known as the Lord’s Day. This meant that people attended a church on Sunday mornings. Most stores were closed, especially in rural America. There were no school activities on Wednesday evenings or Sundays. Evangelical churches were known for teaching and preaching the Bible.

But the America just described has long disappeared. In place of it has developed such worldviews as atheism, pantheism, panentheism, polytheism, finite god-ism, deism, and others. Barna indicates that 88 percent of Americans hold the worldview of “syncretism” whereby they pick and choose elements from other worldviews.

And yet through all this maze, the Biblical worldview is the important one! Why? Because it is based on God’s Word! When God promised to deliver His people from Babylonian captivity, He said He would use “Cyrus” (Is. 45:1) even naming him 150 years or so before he was born. God said, “Remember the former things of old; for I am God, and there is no other; I am God, and there is none like Me, Declaring the end from the beginning, and from Ancient times things that are not yet done, Saying, ‘My counsel shall stand, and I will do all My pleasure, Calling the bird of prey from the east, The man who executes My counsel, from a far country. In deed I have spoken it; I will also bring it to pass. I have purposed it; I will also do it’” (Is. 46:9-11). God would bring Cyrus from the east like a quick bird of prey and He did!

God said, “I am God, and there is none like Me.” These words hold true in the past, present, and future. They stand true today! What God says He will do!

Merrill Olson served as a senior pastor for thirty-four years. He received a B.S. from Minnesota State University-Mankato, an M. Div. from Bethel Theological Seminary, and a D. Min. from Columbia Evangelical Seminary. He is currently involved as an interim pastor along with a teaching and writing ministry. His emphasis is on apologetics and training believers to defend their faith in Christ from God’s Word. He is well versed in Bible prophecy as it pertains to end times. He is a gifted speaker with the conviction that only by the Word of God can people experience inward transformation by the Holy Spirit. He and his wife, Jan, reside in Minnesota and have two daughters and four delightful grandchildren