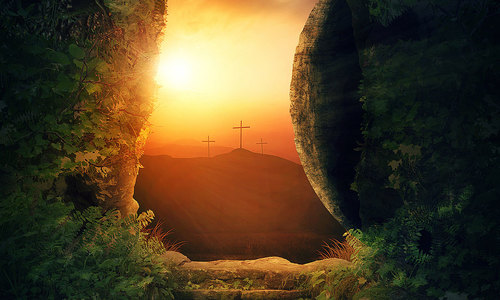 As I look at the happening in the United States and our world it’s like Ripley’s Believe It Or Not.

You can’t make this stuff up.

The USA could have given strong weapons to Ukraine ahead of Russia’s invasion. They failed to do so. Instead of implementing biting sanctions before an invasion, some sanctions were made after Russia’s invasion. It still seems that the USA needs to respond more quickly to provide the weapons the army of Ukraine needs. Regardless, their army fights bravely onward. We need to keep praying for their victory and for the millions who have been displaced and for those bringing humanitarian aid.

In the United States, inflation has risen due to the government’s action in different ways. Instead of using the energy that the USA has in abundance, the administration implemented stricter guidelines on our energy’s use resulting in inflated gas prices. We have the resources in the USA to be energy independent for our own country, which would bring prices down, while we could supply energy to other countries in the world.

What does the administration do? It looks to other countries who have energy resources to see if they will help supply the energy the USA needs. Why so? The government wants the USA to become a green country not depended upon fossil fuels. They think that these high gas prices will condition us to accept high prices so our nation can become really green. One problem, developing of solar, etc., is fine, but they will never be able to be a substitute for fossil fuels. In fact, our national security is at stake.

Added to this, somehow we have discovered that we are no longer biological males and females. The one nominated to serve on the Supreme Court can’t define who a woman is, and one of the reasons she was chosen was because she was a woman. Boys and girls and ladies and gentlemen are now dreamers of all ages. Now on one’s passport X will be accepted for a person’s identity. Certainly, we want to be sensitive to those with different lifestyles, but that doesn’t change our true identity at birth.

Are we living in a sane world or not? Are you going to believe it or not? I might add, this has nothing to do with politics, although many think so. It’s actually about how you view life. What do I mean by that?

Well, in the midst of this insanity, we are soon to approach Holy Week which ends in the death, burial, and bodily resurrection of Jesus Christ. What has that to do with the insanity in our world?

Christ did not come just to provide us His forgiveness and eternal life through faith. For the believer in Him, He provides a whole new way of living out life. Following the teachings of the risen Christ, the believer discovers that one is created in the image of God either male or female, while also discovering that marriage is between a man and a woman (Matt. 19:4-5). Since God created life, life is precious from inception through every stage of one’s life on planet earth (Psalm 139:13-16).

The biblical writ also tells us that government is for the purpose of protecting people from evil and not taking away their God-given rights (Rom. 13:1-7). The believer, depending on the Lord’s power, is to love the Lord God with all his heart, soul, and mind and his neighbor as himself (Matt. 22:34-40), while having a forgiving attitude like Christ when needed. He is also responsible to the Lord for using wisely the resources He has given him for his own well-being and for the good of others (Gen. 1:27-28). In the midst of life and its many challenges, the believer has the eternal hope of someday being with His Lord forever (I Thess. 4:13-18).

Following Christ is not being part of a political party, but it’s acting in His power to be what Christ would be to people, showing His sacrificial and unconditional love, offering His encouragement and hope to individuals, in one’s family, at work, at school, and in the neighborhood. You have the choice this Easter season. Believe it or not!