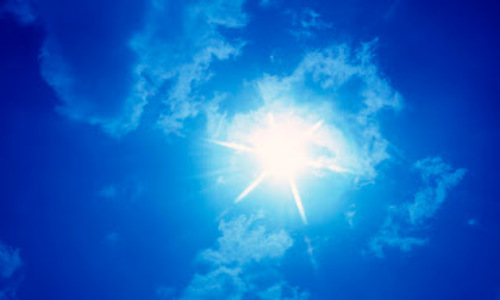 As America moves further and further away from God’s truth, sinful human beings even take on Christian myths that governs their thinking. As their anti-biblical views become more accepted in society, peoples’ undiscerning spirits succumb to them as being good and beneficial overall. Yet, they fail to realize that these myths will lead to a horrific eternity. There are at least six of them that are very prevalent in American society.

(1) There are people who say, “I am a Gay Christian.” That is the same thing as “I am a pornographic Christian” or “I am an adulterous Christian” or whatever sinful lifestyle a person wants to identify themselves with. These are myths. They do not stand the scrutiny of the Word of God. For someone to say, “I am a Gay Christian” goes against the truth of Scripture. Paul, in writing to the believers at Corinth, names certain lifestyles that were part of their lives before they were converted (1 Cor. 3:9-10). “Homosexuals” were one of them (v. 9). But then he says to them, “And such were some of you. But you were washed, but you were sanctified, but you were justified in the name of the Lord Jesus and by the Spirit of God” (v. 11).

(2) There are many ways to get to heaven besides Jesus Christ. This belief is being propagated by different television personalities. But it is a myth. There is only one way to get to heaven and that is through Jesus Christ. He is the One whom God sent from heaven’s glory down to this earth as an “atoning sacrifice” for our sins (1 John 4:10-14). The New Testament is all about His saving work and no one else. Jesus said that He is the only way to the Father (John 14:6).

(3) There are many who believe living a good life will earn them heaven. That is a myth! Getting to heaven has nothing to do with good works. The Bible says, “For by grace you have been saved through faith [in Christ], and that not of yourselves; it is the gift of God, not of works, lest anyone should boast” (Eph. 2:8-9). There isn’t any type of self-righteous works that will earn us heaven. People who believe there are, will be eternally lost forever in a horrific hell. Only having the righteousness of Christ through saving faith in Him alone does God honor (Romans 3:9).

(4) There are different marriages that God honors including same-sex marriage. That is a myth! God ordained only one type of marriage and that is between one man and one woman. It goes all the way back to Genesis (Genesis 2:24). Jesus referred back to it when He said, “Have you not read that He who made them at the beginning made them male and female, and said, ‘For this reason a man shall leave his father and mother and be jointed to his wife, and the two shall become one flesh’?” Any other type of marriage goes against what God has ordained and is rebellion against Him!

(5) There is absolutely nothing wrong with gender change if a person desires it. That is a myth! God ordained the gender people are born with. The desire to change comes out of human depravity and rebellion against God where sinful human beings think they know more than God. The Bible says, “The heart is deceitful above all things and desperately wicked; who can know it?” (Jeremiah 17:9). Out of this heart comes rebellion against God!

(6) There are many who believe social justice is the new urgency and saving the planet and not human souls. That is a myth! God is in charge of this planet and someday He will scorch it with fire (2 Peter 3:7-10). God is concerned about saving souls and not the earth (Luke 19:10).

Merrill Olson served as a senior pastor for thirty-four years. He received a B.S. from Minnesota State University-Mankato, an M. Div. from Bethel Theological Seminary, and a D. Min. from Columbia Evangelical Seminary. He is currently involved as an interim pastor along with a teaching and writing ministry. His emphasis is on apologetics and training believers to defend their faith in Christ from God’s Word. He is well versed in Bible prophecy as it pertains to end times. He is a gifted speaker with the conviction that only by the Word of God can people experience inward transformation by the Holy Spirit. He and his wife, Jan, reside in Minnesota and have two daughters and four delightful grandchildren