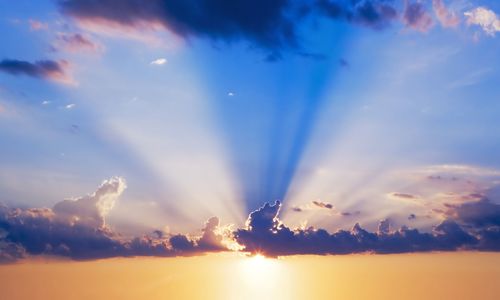 Time, like an ever-rolling stream, bears all its sons away. They fly forgotten, as a dream dies at the opening day.

I always like to answer this question with another question, “What would life be like if time did have the last word? Of course, one only has to look at one’s situation in one’s country to know that time is passing by without any true hope. This is not to be insensitive to one’s situation, but such is a reminder that there has to be more than time in this life.

Being more specific, living in the United States, I see the country split in regard to politics. As the Covid pandemic continues, those in power are pushing the woke ideology which seeks to emphasis one’s color of skin over one’s character, which divides people rather than unites them. Equity is the mantra not equality, even dumbing down the requirements to enter college, and not imprisoning some criminals as the crime rate increases in major cities. At the same time, immorality is being legislated. If such ideas and actions continue, what is the future of the U.S.A. as time moves along?

In the midst of all the turmoil in the world and the U.S.A., there is no hope beyond time, for time is all there is. Let’s eat, drink, and be merry for tomorrow we die. Again, a reminder that in this life there has to be more than time. If not, living in the New Year may be fulfilling in different ways, but one is living on a dead end street, unless . . . .

That’s why the Psalmist declared in Psalm 19:1, “The heavens are telling of the glory of God; and their expanse is declaring the work of His hands.” This is the biblical God who is from everlasting to everlasting (Psa.90:2), and who is the Creator of the universe, yes, planet earth, and male and female (Gen. 1 &2). Sure, one can deny this reality, but that doesn’t do away with the truthfulness and accuracy of the account.

In fact, Christ affirmed the Genesis creation account by saying that God made them male and female in the beginning (Matt. 19:4-6). Then Christ, the I AM – the self-existent God-man – based upon His death, burial, and bodily resurrection, claimed that whoever believes in Him would have eternal life, and when one’s body dies, one’s personality would continue to live (John 3:16; 11:25-26). In fact, Philippians 3:20-21 tells us that believers in Christ will one day receive a new body like His glorious resurrected body.

So, what does this mean for time bound people like you and me, as we live in the New Year? Eternity is available to us in time. We can taste of eternity here through faith in Jesus Christ as one’s personal Savior. Making that once-for-all decision for Christ, the believer is at peace with God, and relying on His inner power, he can do his tasks, small or large to further God’s eternal kingdom (I Cor. 10:31). He can display Christ’s love to his family, to all of his contacts, and places of influence. When the believer comes to the end of His life on planet earth, he knows he will spend eternity with the Lord he loves and serves (II Cor. 5:8). How about you? Where will you spend eternity? Make the choice for Christ and live for Him in time as a citizen of eternity!