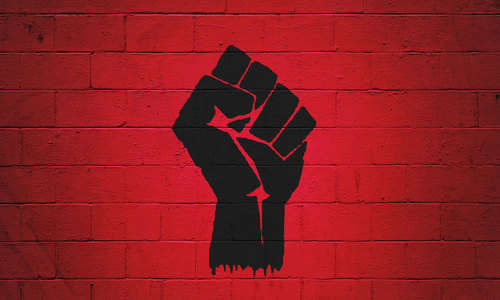 As we look at America today, there is an evil that is returning that we thought was long past. Yet, it is very much in the forefront. What is it? It is Critical Race Theory. It is separating people into certain groups. Tragically, it has entered into many public schools and teachers are being trained in it. But what is even more troubling is that many people, even those with school age children, are naïve as to its evil tenets.

What is CRT? It has some basic tenets: (1) The color of a person’s skin is the most important. (2) A person’s rights are determined not as an individual but the group he/she belong to. (3) Similar characteristics and personality traits are seen in people of a particular race. Therefore, certain advocates of CRT say that “whiteness is a disease.” And any mention of racism is acceptable and even admirable if it is focused on the whites. Even more disturbing is the teaching and belief of CRT that Whiteness Christianity and the free enterprise system are responsible for America being an oppressive nation.

Unfortunately, America is progressing backwards with the beliefs of CRT. It is making race the important factor in evaluating everyday Americans. Now, as just mentioned, whiteness is the disease. And, white Americans are racist! This is an agenda being pushed by the Left! Yet, even more disturbing is that it is being promoted by liberal TV networks and journalists that many Americans listen to each day. Without a discerning spirit as to what is happening, peoples’ minds are infiltrated with it and the results are devasting!

Where is all this coming from? Its cause is the fallen nature of humanity without any sense of accountability to God! The prophet writes: “The heart is deceitful above all things, And desperately wicked; Who can know it?” (Jeremiah 17:9). Along with a wicked heart comes the energy and influence of Satan in the lives of people! The unsaved merely become tools and means to promote his evil agenda. The Bible refers to them, even those who reject the gospel of Christ, “whose minds the god of this age [Satan] has blinded” (2 Cor. 4:4). Because of it, they cannot even comprehend the “light of the “gospel of the glory of Christ.” Unless they come into a saving knowledge of Jesus personally, they will, as He said, “die in their sins” (John 8:24).

God knows no partiality! The Bible says, “But the wisdom that is from above is first pure, then peaceable, gentle, willing to yield, full of mercy and good fruits, without partiality, and without hypocrisy” (James 3:17). And then: “Now the fruit of righteousness is sown in peace by those who make peace” (vs. 18). Therefore, Godly wisdom produces a cycle of righteousness! This includes “without partiality.”

The Bible says, “For all have sinned [not some “all”] and fall short of the glory of God” (Romans 3:23). That is why “all” need to come into a saving knowledge of Jesus Christ. Tragically, not “all” will! To you who are saved, remember partiality is not who you are! If it is, repent of it and ask God to forgive you and He will! Then go on living for Jesus!