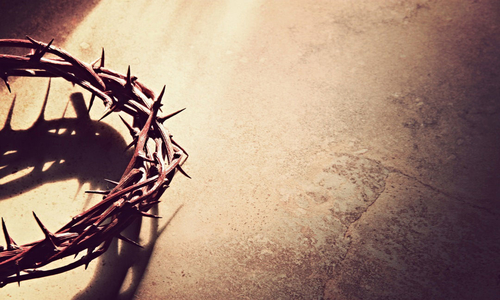 A lot of terms are thrown around today especially in the American culture.

Some of these terms are white supremacy, white privilege, black lives matter, social justice, systemic racism, and critical race theory. Then there is the term, wokeness, which really summarizes the different terms, meaning a coming alive, coming to understand how these terms should affect our lives, and change our thinking about race relationships.

Without making a hasty generalization, these descriptive terms and the promoters of them are really trying to change the landscape regarding how we see each other and accept each other. It’s about the color of one’s skin rather than who the individual is and one’s character. So instead of promoting harmony between different races, individuals are pitted against each other, where there are dominant group members and subordinated group members – based solely on characteristics like race. Such wokeness is intimidating people into thinking a way they shouldn’t have to think.

It becomes apparent that wokeness is a dangerous ideology, which is being promoted in the government and in public education, even in the lower levels. It’s dangerous because it’s totalitarian, being promoted as reality, when in actually it’s far from it. Instead of bringing acceptance and peace among individuals, just the opposite is occurring.

So what’s the reality? The reality is that each of us is created equal in the image of the biblical God. We are not to judge or categorize an individual by the color of one’s skin or background. To do so is to do away with who each of us is, eternally significant, while we forfeit the respect and acceptance we should have for one another.

Well, one may say, “So here you go, bringing up biblical theology. What does that have to do with the subject at hand?” Certainly, one may deny the teaching of the Bible, and that is one’s prerogative. Yet those who promote the woke ideology don’t seem to want to have any dialogue regarding their thinking. It’s their way or the highway.

Regardless, biblical Christianity has the answer to what’s happening in the US culture regarding race. It’s found in the empty cross of Jesus Christ and His open tomb. For the cross of Christ shows us conclusively the eternal love of God for each of us, and how desperately we need His love and forgiveness in our sinful acts against Him. For the false ideology of man can’t change human hearts, even if it tries by the reformation of instruction and intimidation.

What can change human hearts is the transformation that the cross of Christ brings to any individual who by faith encounters the living crucified and risen Jesus Christ. It’s the supernatural transformation that one is accepted by Christ, and now the believer can accept and respect others regardless of the color of one’s skin.

The cross of Christ brought the supernatural relational change between the Jews and Gentiles in the New Testament times, who were at odds with one another. Through faith in Christ, they were brought together as brothers and sisters in Christ in one body, the church (Ephesians 2:11-22). The same can happen and does happen today.

That means the cross of Christ is still alive and active today, and can change the human heart to love one another like He loves us, without any strings attached. The ideology of man only produces conflict among people. The reality of the cross of Christ changes lives to love like Him, unconditionally and sacrificially, with forgiveness. Don’t miss the cross!