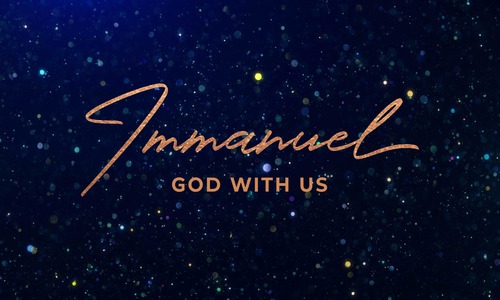 We live in world where what we possess materially eventually wears out.

A case in point is our present house which was new when we bought it 19 years ago. Since that time, we have replaced the kitchen appliances, the washer and dryer, the furnace, the hot water heater, in addition to the three toilets and the carpet. It’s like a new house again, almost.

As we come into the Christmas season, we are reminded, in the midst of our material world that wears out and needs to be replaced, there is another ingredient on which time has no effect.

I’m referring to that which is eternal, which has no beginning and ending, and which time has no control over. In fact, the eternal has defeated time.

Obviously, man, in his reasonings, along with his many philosophies and religions, in his power, money, and scientific knowledge, has not discovered the eternal. In fact, sad to say, he never will for he lives in life’s box with no way out thinking he is the last word.

However, this is where Christmas supersedes time’s passing, man’s limited knowledge and unbelief. For Christmas provides us the eternal, which eternal is found in the baby born in Bethlehem those many years ago. Eternity in a baby, really? Yes, really! This reality is found in one of His names – Immanuel – meaning God with us (Matthew 1:23; cf. Isaiah 7:14).

The word, God, tells us the baby born was eternal – He always existed. The words, with us, tell us that He was human, like us, yet without sin. In other words, Immanuel, was the God-man. Put another way, Immanuel was eternity in time. That being true, this means that there is help for each of us living a time bound existence, while depending on man’s ideas which end in a dead-end street.

How so? The dependable historical writ tells us that the baby, Immanuel, grew to adulthood. He demonstrated in His life on planet earth that He was God as He forgave sinners, healed the sick, stilled the storm, and raised the dead. But what would He do when faced with His own death? Again, the trustworthy record tells us that He died on a cross, was buried, and rose from the dead bodily on the third day. Forty days later He ascended into heaven and lives there today with His heavenly Father.

And what’s Immanuel doing there? He is offering each of us the kind of life He won for us through His death, burial, bodily resurrection, and ascension – eternal life. That’s why He said, while on planet earth, that He came to bring life – life in surplus – the life we all need – eternal life – life that has no beginning and no end. Life that never wears out and never needs to be replaced.

Do you and I have that kind of life? We certainly aren’t born with it. And man can’t muster it up through his limited knowledge. What we need to do is by faith in, yes, trust in Immanuel to receive His gracious gift of eternal life (John 3:16). The person, who takes by faith the gift of Immanuel’s eternal life, has that very life come into his very being.

Now the believer knows that Immanuel’s eternal life is his forever (John 10:27-29; I John 5:11-13; Rom. 8:38-39). He understands Immanuel’s Word gives him eternal guidance. He realizes that he can use the material, like possessions, etc., that wear out, to further Immanuel’s eternal kingdom. Even in his challenges and difficulties, he knows Immanuel is with him encouraging him on. As well, he can display Immanuel’s holy character in his life by depending on His inner power (Phil. 4:13; I Cor. 13:4-8a). When the believer’s body dies, his personality will go to be with Immanuel, with the promise of a new body and living with Immanuel forever when He returns. Don’t miss Immanuel. Be ever NEW!!! Celebrate Christmas with family and friends with JOY and HOPE!!! Merry Christmas!