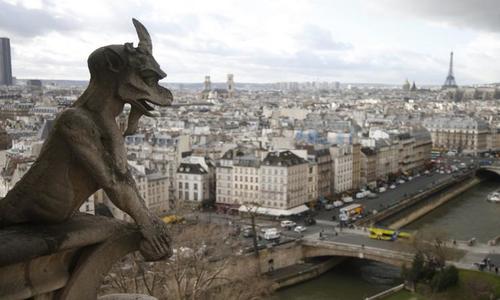 Recently, I read an article from Answers In Genesis (8/30/21) entitled, “Chimeras – A Frightening Future”? I’ll share below some of the thoughts in that article.

What is a chimera? In science today, chimeras refer to human-animal hybrids. It’s artificially combining human and animal cells. Then the article asked the question – but should scientists be doing this kind of research?

Evidently the US Senate thinks such research should take place. I understand that the Senate failed to pass an amendment (May 2021) that would have banned chimera research in the US – thus allowing the US scientists to compete with China’s innovation.

Senator Mike Braun from Indiana stated that human life is distinct and sacred, and such research that creates an animal-human hybrid or transfers a human embryo into an animal womb or vice versa should be completely prohibited and engaging in such unethical experiments should be a crime.

Another Senator, Patty Murray of Washington, stated that such a ban “undermines scientifically significant research that could actually help develop new treatments and ultimately lead to lifesaving organ transplants.”

As the article in Answers in Genesis pointed out, If you are an evolutionist, Senator Braun’s argument makes no sense. Life is not sacred or distinct from the animal world. It’s just an extension of the animal world which came about after millions of years wherein eventually out of some pond slime we became human. Since we experiment with other animals, we can do the same with humans who are animals.

However, if you follow through on the evolutionary theory, yes, worldview, what’s the moral reason to help and heal others? According to the “survival of the fittest” and natural selection, if the weak and sick don’t make it, too bad, that’s how evolution works.

It’s amazing how the mind based on reason can think. As one bioethicist argues, “as long as the embryo chimer stays in a laboratory dish, there shouldn’t be concern . . . . but if you actually gestate such a thing, particularly if you can bring it successfully to term, then the issues get more significant.”

However, the human life in a petri dish is still life outside of the womb. But who is to say it will stay in the dish? With everything based upon man’s limited and changing reason – morality is relative – research can march on for the so-called greater good.

The bottom line in all of this is that humans are not animals, as mentioned above. We are distinct from the animal world, for we are made in the image of the biblical God (Gen. 1:27) with an eternal spirit, meaning that human life is eternally valuable and sacred.

Without respect for human life, man can do what he desires for his own ends, but the human cells used in chimera research come from embryos specifically created to be destroyed for the purpose of this research. That is murder and defies the Person of the eternal and personal biblical God who has put His eternal identity on human life as it’s Creator.

How long will the biblical God continue to withhold His judgment on America as His created life is demeaned and murdered in this way? Abortion does the same, along with the push to promote that we are genderless – rather than created male and female. When the biblical God is rejected and replaced with man’s reason, we find ourselves in a culture that desperately needs the life-changing gospel of Jesus Christ that gives new lasting value to God’s life through providing forgiveness and eternal life to the believer in Christ. What have you done with His gospel? (John 3:16; Romans 1:16; 13:13-14).