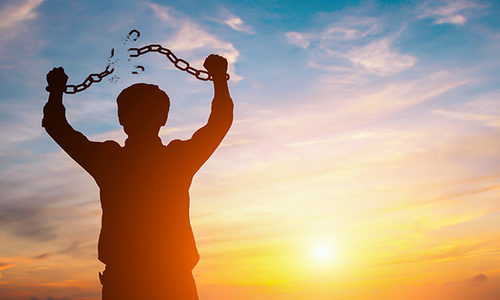 It’s hard to believe what is happening in the USA.

We just celebrated Columbus Day, which the President has now called Indigenous People Day. The history revisionists, particularly, the far-left historian, Howard Zinn, whose book, “A People’s History of the United States,” has left a major mark on American K-12 and college students.

I understand that Zinn claimed that Columbus was some kind of a genocidal monster who paved the way for greedy, profit-seeking capitalists from the Old World to destroy and pillage the peaceful indigenous people of the New World. Certainly, one doesn’t’ accept all of Columbus’s actions but what he accomplished for good should certainly be appreciated. He was very religious and told his crew to treat the native people with respect, not to maraud, or rape. As one historian pointed out, he gave such instructions in his writings. Most of the time when injustices occurred, Columbus wasn’t even there.

Along with the cancel culture taking place in the USA, consider the following:
**Life as male and female has lost value and identity – from conception to the grave.
**The disastrous departure from Afghanistan.
**The debacle at the southern border with the border gone.
**The soaring gasoline prices after banning fossil fuel expansion in the USA, while urging OPEC to ramp up oil production in the face of surging gas prices partly caused by energy-restrictive policies.
**Inflation on the rise, with shortages of certain supplies.
**The transgender agenda imposed on schools and the military.
**Critical race theory being pushed on our students. No wonder parents across the US are speaking up at school board meetings.
** Some administrators banning gifted programs in elementary and middle school and Advanced Placement courses in high school.
**Vaccine mandates on private businesses.
**Talk about the IRS reviewing all accounts above a $600 balance or transactions of $600 or more.
**Mass exodus of people from the work force.

More things could be listed, but all that’s happening in the USA can only cause the citizen with a rational, common sense head to spin – asking what’s happening to our country? How can such things occur?

Without getting into politics, there’s thinking, actually an ideology, that maintains that the US needs changing – but when these changes are experienced, they don’t enrich a people and culture, they do just the opposite. And in the process, those seeking to implement the changes, don’t seem to realize how destructive they are because of their ideology. For pushing for equity, while maintaining there are the oppressors and the oppressed, leads only to going backwards in a society. Why so?

Such thinking ignores who the individual is, created in the image of the eternal biblical God, regardless of the color of one’s skin, meaning that each person has eternal value, created equal in God’s eyes. Recognizing this reality, doesn’t mean challenges in the US will be solved immediately, but it does mean that there is an unchanging basis to deal with issues at hand, by providing opportunities for the less fortunate to gain education and employment, and those who have means seeking to be part of that process. When individual worth and dignity are grasped by each person, with an opportunity to succeed, that individual will begin to realize how significant he is and society will benefit.

The bottom line in this discussion, however, is that man has a spiritual problem. The so-called elite think they know what is best for the individual through their own reason, which depreciates the individual through their control resulting in chaos in the country. Christ, on the other hand, said that He would make people free who believe in Him – free to be who God created one to be – and one who can find eternal fulfillment by serving Him here in whatever he does, with an eternal hope beyond the grave. Don’t miss the Savior!