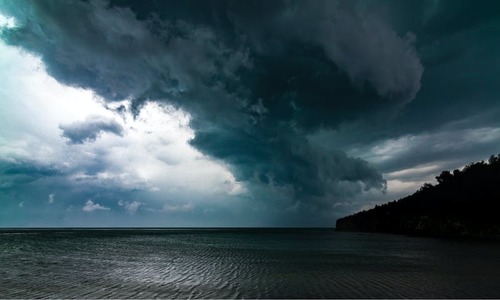 As the Scriptures describe fallen humankind, it gives an appalling thirteen-count indictment against all Jews and Gentiles (Romans 3:10-18). There are no exemptions. Everyone is guilty before God. Describing a few of the indictments, we understand how horrifying they are. For instance: “There is none righteous, no, not one…their throat is an open tomb; With their tongues they have practiced deceit. The poison of asps is under their lips; Whose mouth is full of cursing and bitterness. Their feet are swift to shed blood; Destruction and misery are in their ways; And the way of peace they have not known. There is no fear of God before their eyes” (vs. 10, 13-18).

However, lest a person challenges anyone’s guilt, the apostle Paul states in the beginning, “For we have previously charged both Jews and Greeks (Gentiles) that they are all under sin” (v. 9). “For all have sinned and fall short of the glory of God” (v. 23).

But what is the basic motive for peoples’ sinfulness? It is built-in godlessness. Therefore, the rudimentary condition of the unsaved, people without salvation in Christ Jesus, is that “there is no fear of God before their eyes.” Yet, they should have in its most terrifying sense. The Old Testament is filled with accounts of the LORD God wreaking death and destruction for all kinds of sin. The fear of God and wrath of God will be so great during the Tribulation period that the unsaved, who refuse to repent, will cry out “To the mountains and rocks, ‘Fall on us and hide us from the face of Him who sits on the throne and from the wrath of the Lamb!’” (Rev. 6:16).

In understanding what has been said, it is not too difficult to realize what is happening in our society. For instance, Christian colleges and universities are being threatened by the present administration to target them who adhere to biblical principles of sexuality and morality. The HUD has made it illegal to discriminate on the basis of gender identity and sexual orientation. This means that Christian institutions will be forced to allow males identifying as females to be placed in female dorms, even as roommates and to use communal showers. All this is done because of “no fear of God.”

Recently, the ELCA elected its first transgender bishop who was born female but now identifies as male. This person refuses to use gender-specific terms and instead the pronouns of “they” and “them.” Again, what godlessness! And all because “there is no fear of God before their eyes.” Yet positively, many ELCA congregations have left!

What about abortions and the slaughter of little babies and the shedding of their blood? Is this not evil! How can it be in America that little, innocent babies being butchered because of so call rights? Why? Simply because “there is no fear of God.”

However, God is not silent! His wrath and judgment will happen! For the “winepress of the wrath of God” is coming (Rev. 14:18). But for us who know the Lord Jesus Christ, we need to live with our eyes upon Him. Our prayer, “Lord, keep me eternity conscious!” Another is, “Lord Jesus, if I please You, it does not matter whom I displease!”