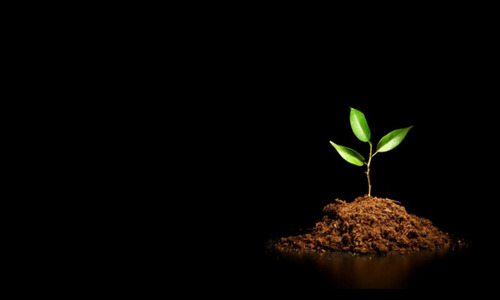 The youngest daughter in a family is bringing her mother a mug of coffee she has made for her Mom. The son is clowning around in the room. She looks at him and spills some coffee on the floor. Immediately, before anybody can even say anything, the sister started shouting at her brother for making her spill the coffee.

Unfortunately, for her, all are on to her, so she doesn’t get away with the game she’s playing. Hopefully, she’ll eventually realize her strategy doesn’t work and will start accepting the responsibility for the things she does. At the moment though, her blame game is all about – “Look what you made me do!”

Is there a solution for us to keep from being part of the blame game? For the individual the solution is found in the spiritual world of true reality. For our blaming others for what we say or do means that we do not want to take responsibility for our actions.

Why don’t we want to take responsibility for our actions? Our spiritual part, our mind, will, and emotion, has a problem. What’s the problem? The Bible tells us that we have rebelled against the biblical God and have broken His law. Actually, we are sinners (Romans 3:23), a word that is not used, if at all, in the public square. In fact, it is foreign to public discourse.

Why so? We don’t want to own up to the fact that we are accountable for what we do, especially to some God who seems irrelevant if He exists at all. Oh yes, we may have some concept of right and wrong, but sinners?

The person who realizes one is a sinner needing the forgiveness and eternal life that Jesus Christ has won for Him through His death, burial, and bodily resurrection, and then believes that Jesus Christ is his or her Savior, that individual receives the new spiritual life of Jesus Christ. Christ also comes to live in one’s life spiritually as well as the Holy Spirit. The individual is adopted into God’s forever family as a son or daughter of the biblical God.

Obviously, our US government, made up of individuals, plays the blame game. Just watch the nightly news. It would be a life-canging decision for those involved to understand the solution to the blame game is taking responsibility for their actions by having faith in Jesus Christ, and finding their forgiveness, acceptance, strength and wisdom in Him so they can lead our nation with honesty and integrity for the good of all. The same applies to other nations as well.

As a believer in Christ, live as God’s son or daughter in the Holy Spirit’s power. You will not be part of the blame game. You will live free in Christ!