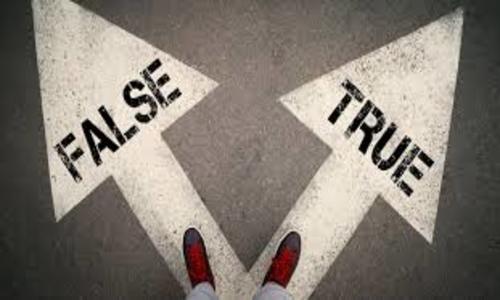 In one of my pastorates, I took an adult Sunday School class through the beginning of the church to the present in its different time frames. And one very important area was the rise of liberalism that has been around for over 100 years. This came with the attempt of European and American theologians to focus Christianity on a modern intellectual mindset. This led to worldly thinking instead of standing up for the truth of Scripture. It is the Scriptures alone that brings people into the light of the Gospel of Christ and salvation in Him alone.

Tragically, the American church gave birth to this modern intellectual mindset. Instead of being a bulwark for truth, it let untruth happen. It is like the church was asleep and a cancer came in. With it caused a generation of young people, who were raised in the church to leave it and adopt the new liberalism. In the 90’s it was the Emergent church movement that has now become Progressive Christianity.

Sadly, this type of Christianity has been fed to a generation of young minds on TV, in the movies they attend, and their schools. It is in every type of social media, even their smartphones. It gradually leads them astray. Instead of believing the Biblical beliefs of their parents or other care givers, such as grandparents, they are now faced with the alternative of rejecting that which they were raised to believe. Therefore, they have become biblically illiterate and have accepted the post sexuality revolution, normalizing the LGBTQ agenda along with abortion on demand.

With it comes the denial of Scripture as God’s authoritative Word. They believe that the Bible is just another book written by human beings and not “God breathed” (2 Timothy 3:16). Thus, it has no power to transform their lives. They also do not believe the Bible that says that we are sinful and need salvation in Jesus Christ alone. Instead, any talk of the depravity of man is harmful and any talk of atonement is offensive. Jesus was not sent to the Cross to pay the penalty for sin but was killed by religious leaders.

Now this is in the subjective genitive and is not teaching about demons but teaching done by them. Satan and his demons have concocted all kinds and types of lying theologies and beliefs to deceive and confuse people. Tragically, for anyone to sit under false teaching that goes against Scripture is to be taught by demons. This, in turn, puts one’s soul and mind in jeopardy! Another serious issue are the words “giving heed to.” It expresses more than listening to. It means “to assent to” “cling to” something.

Therefore, through the truths of Scripture we become “complete, thoroughly equipped for every good work” (2 Timothy 3:17). But, it is important to realize what is happening!