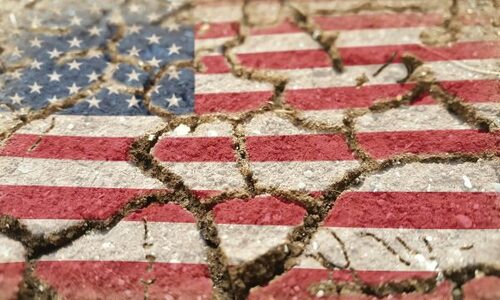 One of the serious issues facing this country as well with others is the redefining of terms for a world takeover. Sadly, but tragically many people are unaware as to what is seriously happening. Yet as one prophetic speaker said, “Things are not falling apart. They are falling into place.” This is very true because God will always be in control. What His prophetic Word has stated will take place exactly as He has said.

Therefore, understanding what is happening goes all the way to the beginning as we see Satan’s sinister scheme in questioning God’s truth. We know that this first took place in the Garden when Satan confronted Eve. And he said to the woman, “Has God indeed said, ‘You shall not eat of every tree of the Garden’” There were doubts and questioning as to what God had really said. Then she said to Satan, “We may eat the fruit of the trees of the garden; but of the fruit of the tree which is in the midst of the garden, God has said, ‘You shall not eat it, nor shall you touch it, lest you die.’” But Satan said, “For you know that in the day you eat of it your eyes will be opened, and you will be like God, knowing good and evil” (Genesis 3:1-5).

Jesus said of Satan that he is a murderer, “there is no truth in him. When he speaks a lie, he speaks from his own resources, for he is a liar and the father of it” (John 8:44).

Thus, what Satan does is that he changes godly virtues and puts his own meaning to them. And a deceived and unsaved world goes ignorantly along with it as it will do when the Antichrist begins his satanic reign over the whole world. There are three terms, among others, that Satan has kidnapped for his own world agenda.

(1) Truth – Jesus said, “I am the way, the truth, and the life. No one comes unto the Father except through Me” (John 14:6). Jesus is “the truth.” Truth is embodied in Jesus and eternal life. What He says is truth, absolute truth. God speaks absolute truth.
For the world, truth is not absolute truth. The world says, “There is no absolute truth. Someone may have his or her truth, but that may be different than someone else.”

(2) Tolerance – The evil world system believes that all beliefs and lifestyles are acceptable. There is no right or wrong. Tolerance of all is the standard. However, God knows no tolerance. Someday Jesus will say to many, even those who seem religious, “Depart from Me you who practice lawlessness” (Matt. 7:23).

(3) Gender – There are only two genders in this world, male or female. “So God created man in His own image; in the image of God He created him; male and female He created them” (Gen. 1:27). In God’s truth, we see that there is not the gender confusion with Him that is taking place in this world governed by a godless worldview.

We are living in an age when reality is being redefined into something that will lead into the wicked worldview of the Antichrist. Whether it happens in this generation or another, Satan will have peoples’ hearts prepared (Rev. 13:4, 8). For those of us redeemed in Christ, we are to be “steadfast” “immovable” in His work (1 Cor. 15:58).