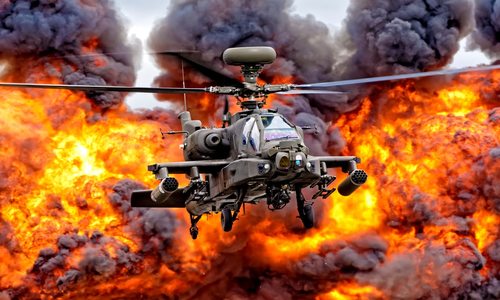 As the world has viewed the attack on Ukraine by Russian forces, it was a surprise to many thinking that it would not happen. Even though the Russian troops were gathered at the borders of Ukraine, Putin was still giving the world a message that it will take place. It is like he was saying, “I’m not gathering them there for nothing.”

Yet, God, too, is giving a message that Russia will eventually attack Israel. He has prophesied it in Ezekiel 38-39. It is referred to as the battle of Gog and Magog. The events in these chapters have never taken place in history. They are yet to come into being. God is a prophetic God. His predictions are always true. And the battle described in these Scriptures will happen in His timing.

As we look at these chapters, we understand that the name Gog is the title of the person who will lead the invasion. It occurs several times in Ezekiel 38-39. He is a person because God addresses him as such; and he is also called “a prince” (Ezekiel 38:2; 39:1).

Without taking time, because of limited space, to go into a lot of details regarding other names and places, the Bible speaks of the nation attacking Israel coming “from the far north” (Ezekiel 38:6, 15; 39:2). It is noted by many scholars that if one draws a line directly north from Israel, the land that is the most distant to the north is Russia. There will be other nations that will join her: Persia (Iran), Ethiopia (Sudan), Libya, Gomer (Cimmerians – Modern Turkey), Togarmah (Territory in Modern Turkey). All of these are part of the group that will attack Israel (Ezekiel 38:5-6).

Now, there are nations, as we know them, that are missing: Syria, Saudi Arabia, Jordan, Egypt, Lebanon, and Iraq. Scripture does not give a reason for their absence. However, some Bible teachers believe that they will still be part of the coalition even though they are not mentioned. Others feel that they may be destroyed before this battle or are part of the treaty the Antichrist makes with Israel in the first half of the seven years covenant (Daniel 9:27). Yet, no one really knows the reason for their absence. Without Scripture’s verification, every answer is left to human reasoning.

Nevertheless, what is interesting about this invasion in comparison to the one taking place in Ukraine, God will immediately end this battle. Russia and her allies will be met with destruction. God says, “And it will come to pass at the same time, when Gog comes against the land of Israel that My fury will show in My face” (Ezekiel 38:18) Therefore, God’s fury will be against the godless invaders. And He will destroy them by specific means: “A great earthquake” (vv. 19-20); the invading armies will turn against each other (v. 21); “pestilence and bloodshed” will be upon these evil forces along with “flooding rain, great hailstones, fire, and brimstone” (v. 22).

How little Russia will realize before this attack that she will be met by the God of heaven who will totally destroy her. As Gog swoops down on Israel to take the land, it will become the burial ground of his forces (Ezekiel 39:12). Almighty God will do this!