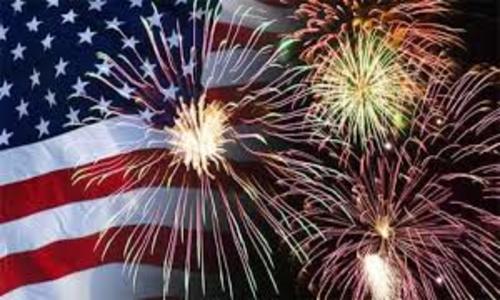 This is a relevant question for all Americans to consider.

For we are being led to believe by some that the 4th of July is not what we may think it is. Writing in a recent Daily Signal, Jarrett Stepmen informs us that the recently created National Archives and Records Administration Task Force, which takes care of the U.S.A. governmental records including the Declaration of Independence and the Constitution, said to the effect that venerating and celebrating the Founding Fathers is an example of “structural racism.”

In fact, according to the Task Force, the Rotunda of the Capitol building itself is deeply problematic because it “lauds wealthy white men in the nation’s founding while marginalizing BIPOC (black, Indigenous, and other people of color), women, and other communities.”

According to the Task Force, when visitors come to the Rotunda, they should not see the American founders but rather an interpretive “dance or performance art in the space that invites dialogue about the ways that the United States has mythologized the founding era.

Well, as I’m sure you know, the Revolutionary War, which the Colonies won, and the adopting of the Declaration of Independence on July 4th 1776 are not myths. Each is a vital and important part of the history of the United States of America.

Obviously, there were flaws in the lives of the founders, but their accomplishments certainly made them heroes. Their achievements were not a conspiracy to oppress others. The United States was not founded on slavery. In fact, all of us have flaws, and those who are trying to change American history have flaws as well. He who is without sin, let him cast the first stone.

It’s well to note that the Declaration of Independence didn’t justify giving more political power to America’s white male minority. Rather it was a declaration that all men, black and white, would be guaranteed the unalienable rights of life, liberty, and the pursuit of happiness.

One writer said that the authors of the American Declaration intentionally lit a beacon for the world, an example for other nations and peoples to follow. It took time, but America was able to abolish slavery in the 1860s in the bloodiest war of its history, and a century later bring about a civil rights movement which brought this final measure of equality.

As the revisionists are trying to convince us today that the founders were racists, such is not true. It took time to abolish slavery, but it happened because of the Declaration of Independence. In fact, when individuals are called racists, why are not those making such charges racists, for who has the last word? Still, there are challenges in the U.S.A., we are not a perfect nation. But, on this 4th of July, we need to be reminded that it’s not about the color of our skin, but about our character and who we are, for all of us are created equal and each one should be respected and honored as an individual made in the image of the biblical God.

Yes, we should celebrate the 4th of July with gusto, meeting with family and friends, having good brats and beverages, along with parades and fireworks. In fact, John Adams, one of the founding fathers, and the second President of the United States, said that the 4th of July should be celebrated with much illuminations, bells, a parade, and explosions.

In our celebration, we must always be reminded that we can have that kind of celebration, because of the freedoms brought to us in the Declaration of Independence, and by those who have given their lives on the battle fields so we can enjoy those freedoms, while being reminded, most importantly, that true freedom comes to us through Jesus Christ, who said that the one who believes in Him is free indeed to do His will with the promise of eternal life with Him forever.