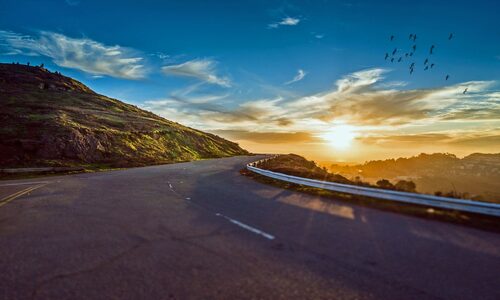 We are in a time when a young generation of confused, desperate, and spiritually hungry people are living in this world. They are not given any absolute answers to the world’s problems and why they themselves even exist. All the ways of sin and depraved morals have not fulfilled their hunger. Yet, in spite of the objections that are rendered, the Gospel of Jesus Christ and the power of God are the only solution that will help them and set them free.

Therefore, no matter what life may bring us or take us, the final result will always be fulfilled in the Lord Jesus Christ. He came from heaven’s glory down to this earth, was placed as a babe in a manger (Luke 2:7), grew to manhood, performed miracles, was crucified, rose from the dead (Luke 24:1-42), and a few days later ascended to heaven (Acts 1:9-11). He is the living Lord and Savior and is the only means of salvation (John 14:6). Through Him, we can experience salvation and the forgiveness of sins, and eternal life. The Bible says, “In Him we have redemption through His blood, the forgiveness of sins, according to the riches of His grace” (Ephesians 1:7). This is the only answer to a generation of young people but also to everyone who is still living.

But this One, who has given us the Gospel and the power of God, has also promised to return. He will come first for those who have trusted in Him (1Thess. 4:11-18), but then will return seven years later, after the Great Tribulation, as King of kings and Lord of lords” (Revelation 19:11-21). This coming will be to establish His Messianic Kingdom He promised to Israel.

However, when Jesus began His ministry, He offered the Kingdom to Israel saying, “The time is fulfilled, and the kingdom of God is at hand. Repent, and believe in the gospel” (Mark 1:15). But after Israel rejected the gospel (Matt. 12), the Lord’s message changed (Matt. 13). And He went on to describe what the church period would be like. Yet, even though He knew that Israel would reject the message of His Kingdom, it did not make it any less important.

Still, amidst all the confusion in the world today and a young generation desperately confused and spiritually hungry, Jesus will return. Internal peace and satisfaction are found in Him and Him alone! The promise of Scripture is that He will return and establish the Messianic Kingdom. When He comes in His Second Coming, there will be a dramatic shift from Gentile to Jewish preeminence (Isa. 49:22-23). And the earth itself will be restored to Edenic conditions as Jesus reigns on the throne of David (Isaiah. 2:2-4:6). “For the earth shall be full of the knowledge of the LORD…” (Isaiah 11:9).

For now, He is continuing to save people [personally] from their sins and making them His redeemed children (Eph. 2:4-5). Is that your experience?