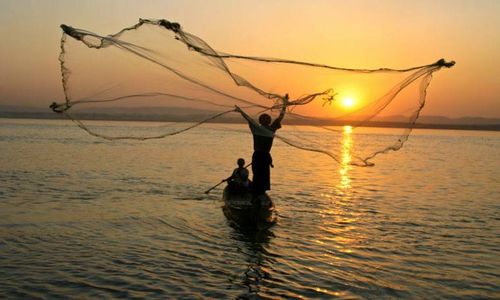 Russia threatens to invade Ukraine. Various country diplomats engage in a boycott of the Olympic games. Human rights abuse allegations are made against China. Putin and Xi now enjoy a “spirit of friendship and strategic partnershipn” after a meeting during the Olympics. Iran is moving toward developing a nuclear weapon.

In the United States, there are disagreements and divisions over what constitutes the identity of an individual, whether it’s character or one’s skin color. Does equality trump equity or does equity trump equality? Who should provide direction for the economy, government or the free market? Should people be censored for expressing their views that are against the so-called accepted norms? What are the standards for morality? Who is to decide? Who has the last word?

Amidst the rising tensions in our world and all of the disagreements and divisions in the USA, what is the need of the hour? One word, LOVE. You may be thinking, “You have to be kidding!” No, I’m not kidding. In fact, in this month of February is Valentine’s Day, when love is expressed in concrete ways to others, and it’s projected that approximately 24 billion U.S. dollars will be spent on Valentine’s Day in 2022. No wonder that February 14th is commonly considered the most romantic holiday of the year.

Did you get that? Valentine’s Day is considered the most romantic holiday of the year. Certainly, that is about love. But I ask, “What kind of love is this?” I would take that to be the love which humans express to one another as individuals and in the marriage relationship. So, you would think that this kind of love shown on Valentine’s Day would bring some kind of sanity to the USA.

Obviously, it’s only a Valentine Day experience for many, as we observe what is happening the other 364 days of the year in America. So, what’s really taking place? Man’s love is superficial, plagued by his selfishness, and is based on his own person which is finite. What’s needed for each of us is another kind of love that is eternal, which doesn’t have its origin in man but in the eternal God. To say that causes many to reject such a statement or to ignore it completely.

For the one, however, who wants to consider reality, the biblical God is eternal (Ps. 90:1-2) and He is love (I John 4:8). That doesn’t mean that love defines God, but God defines love. He is light, meaning He is holy, which tells us that His love is morally pure without any sin, and His love is unconditional, sacrificial, forgiving, and accepting. God loves all of us. He shows no partiality. That’s why He sent His Son, Jesus Christ, into the world so that, through His death, burial, and bodily resurrection, we could possess His kind of love through faith in Him.

With Christ’s love living in the believer (Rom. 5:5), he can love others like Christ, knowing each one is eternally valuable, made in the image of God, regardless of the color of one’s skin or political persuasion. Loving like Christ, He knows there is a true moral standard. He also listens to others, while not condemning them. Loving like Christ, he upholds individual liberty, and the pursuit of happiness. Christ’ love is radical stuff. It seeks the highest good in the individual and in the marriage relationship. Read I Cor. 13:4-8a. When individuals love like Christ, a nation will be changed to give glory to God.

Trusting in Christ, Christ’s love will change the heart of world leaders who run a dictatorial government and seek to take away the freedom of other countries. Pride always corrupts any government. But Christ’s love gives an individual freedom to do God’s will which he was created to do. Don’t miss this unchanging reality in your life. Christ’s Love is the need of the hour!!!